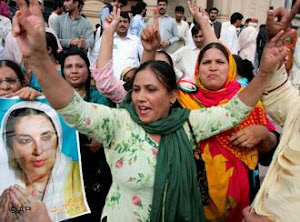 The engagement has allowed her parents to breath a sigh of relief. “When she turned 18, we started looking for someone for her. She kept turning away suitors who were Muslim and not entirely bald so we began to worry that something was wrong with her,” said Zainab’s mother and goat biryani artisan Samia Usman.

At 21 years and 2 months old, Zainab was 1 month away from passing her marriage prime and “being single for the rest of her life” according to Samia. Not only is Zainab getting married, but she also shattered the once seemingly unbreakable spousal drought record held by the legendary Tamana Khan, who went 3 months without getting engaged back in 1943. Although a joyous occasion, the engagement doesn’t come without its suspicions.

When asked to comment about the delay, one PMGN insider who wished to remain anonymous spoke of an insidious rumor that Zainab wanted to graduate college and start a career before settling down. When confronted with the rumors, Zainab’s parents vehemently denied them, “No, our daughter is a good girl,” retorted Samia.

The journey to engagement didn’t come easy for Zainab, despite multiple unsolicited spouse suggestions from family, friends, men on Facebook with bad grammar, and random strangers at the mosque.

Her aunt, Nabeela, even went as far as her native Pakistan to find Zainab a spouse: “I told her about the local butcher on the corner of Sharret and Zamzam streets. He has a good, strong voice and it would’ve been perfect for her career – she’d always have meat to cook family meals with.” Despite the perfect match, the butcher wasn’t interested in Zainab because she was too old.

Zainab met her new fiance, Yasin, at her University’s Muslim Student Association, often considered a last ditch effort. Now that her spousal drought is over, her best friend Amina couldn’t be more thrilled: “I’m so happy for her. It’s so great that she abandoned her ambitions to become the first hijab-wearing CNN anchor to settle down and have kids with a man who has infinite middle-manager potential!”

Layla Sabry is a staff writer and Eastern Region Correspondent for The Hummus. She can be contacted at the.hummus.news@gmail.com.