Ahmed Will Be “Out Late Studying With All Male Classmates” on Dec. 31, Says His Proud Mother 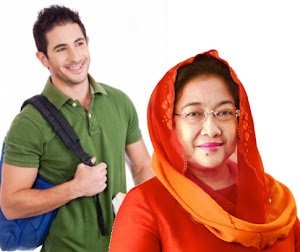 According to Asma Manzoub, her son, Ahmed Manzoub, will be “really good alhamdulilah and study for his multi-variable calculus exam with only his male classmates at the library from 7pm until 4 am on December 31st.” When asked if her son, a senior in high school, usually studies during winter break before teachers have sent out the syllabus for the following semester, Mrs. Mahnzoub gleefully responded “Always. He’s always proactive and tells me that he’ll be out studying and that he needs $100 for study snacks that night. Since he stays up so late and works so hard, it makes my heart warm to help him in any way that I can.”

When Ahmed was interviewed about the calculus exam he was studying for, he was confident that his night of studying would pay off “Honestly, there’s something nice about studying until 4 am on a night like that. Really helps me focus.”

At press time, Ahmed was enrolled in Algebra 1a.