Engineering or Medicine, Hamid’s Parents Declare Support No Matter Which Major He Chooses 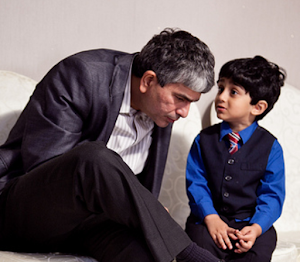 Little Rock, AR (8:30 AM CDT) In a statement released late yesterday evening, the parents of seven-year-old Hamid Gadoon voiced their continued and unwavering support for whatever path in life their son chooses.

“We’re behind Hamid one hundred and ten percent, we realize that times are changing and that for today’s youth there are many options available to them.” Dr. Ammar Gadoon, Hamid’s father, said.

“We have to keep an open mind, whether Hamid wants to pursue a bachelors of science in a medically related undergraduate field at a prestigious four year college or a bachelors of engineering—even civil—from a top fourteen university; we support whatever decision he makes.” added Alayeh Gadoon, Hamid’s mother.

In their statement to the press, the Gadoon family conceded that although it had taken much time and reflection, they were even open to the possibility Hamid might wish to attend a state school. ”As long as the university is well regarded and has a strong STEM reputation, I don’t see how we could stop Hamid from going to someplace like that. His life is completely his own. We wouldn’t fully disown him.”

Citing their experience with Hamid’s older sister Rabia, Hamid’s parents further pledged to stop micromanaging their childrens’ lives. ”We tried so hard to guide Rabia, to set proper goals and expectations. We were much too controlling; we drove her away, and look what happened, now she is pursuing a Masters in Oceanography.” Alayeh said.

“That’s not even a real thing,” Dr. Gadoon added. “What, sailing on boats? Taking pictures of fish? No daughter of mine will be a pirate. We can’t let the same thing happen to Hamid, we have to give him the complete freedom to choose between medicine and engineering.”

Further, the Gadoon family reiterated they were completely ready to endorse whatever lifestyle Hamid chose – be it as an electrical, mechanical, petroleum, civil, or chemical engineer – but not computer or network. Sources close to the Gadoon family report that a line must be drawn somewhere, and that Dr. Gadoon did not come to this country just to have his son work in tech-support.

“I understand engineering isn’t for everyone, that’s why medical school exists.” Alayeh said.

Dr. Gadoon’s laissez faire approach to parenting has manifested itself in other aspects of young Hamid’s life. “After he gets an engineering job he will love at Google or Apple, he’ll marry someone he falls deeply in love with, between Sabrina and Alina, whom he will meet an entire two days before marrying. We think the best approach to parenting is giving our child space to be who he wants to be.”

Yahya Ridwan is a staff writer for The Hummus and Western Region Correspondent. He can be reached at the.hummus.news@gmail.com