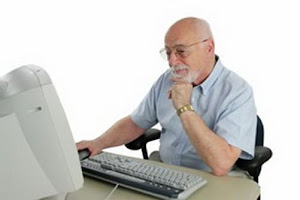 A visibly concerned Wheeler detailed Uncle Aamir’s recent Twitter activity, which included a reference to “that Hilarie Clintone wants be aboy,” retweeting the men’s rights movement, and posting his results from “Which Scooby Doo Character Are You.”

“We’re working around the clock to halt Unle Aamir’s social media advance,” said Wheeler. “His following on Twitter has grown from eight to almost twelve active users since successfully creating his account last week. We suspect an accomplice.”

Despite warnings, brave Twitter users promised to remain steadfast with their social media activity. “I realize that there is probably a reference to women’s clothing coming down the pipe, but I’m not going to let that keep me from retweeting Blake Shelton,” said Hafsa Musa.

To date, Uncle Aamir has managed to post a staggering seven tweets, two of which ominously state “were do i klick?” The FCC expects his Twitter activity to soar, as a source close to the family has confirmed that Uncle Aamir has downloaded the Twitter app on his Samsung Galaxy S2.

Congress is considering a bill which would limit Uncle Aamir’s access to social media this Thursday.