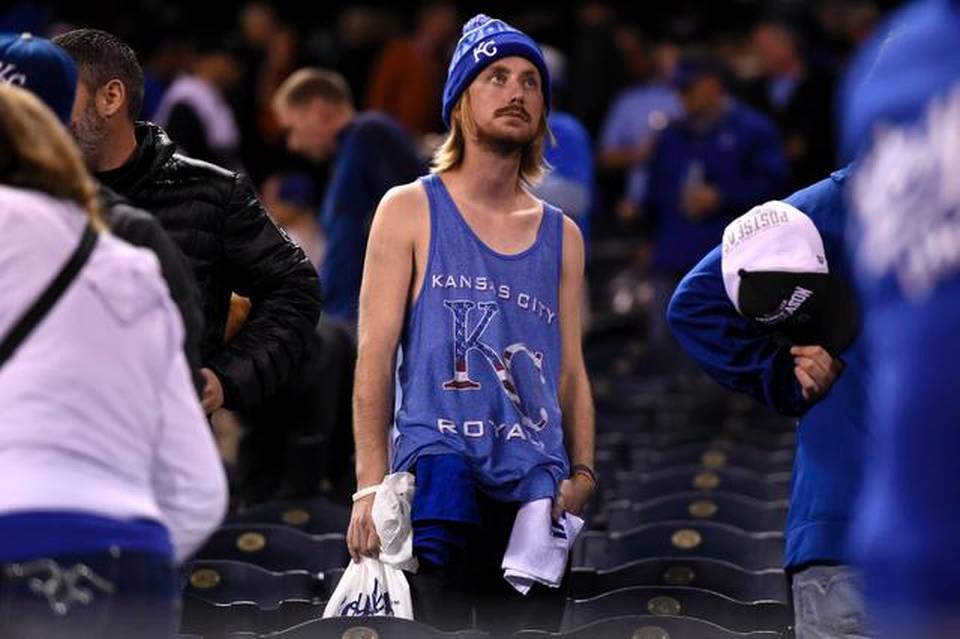 Kansas City, MO (11:00 P.M. CST)–Speaking outside his suburban home in Kansas City this evening, Ayman Aleem apologized to the thousands of Royals fans for delaying maghrib, causing the favored baseball team’s defeat in game 7 to the San Francisco Giants.

“I take full responsibility for ignoring Maghrib prayer and single-handedly nullifying every other Royals fan’s duaa,” said a dejected Aleem. “I realize that because of me, Giants fans’ duaas were answered by God.”

Royals fans have taken to Twitter and Facebook to express their remorse over the narrow defeat, but most have chosen to forgive the 34 year-old Aleem for praying Maghrib at least 20 minutes after Isha had already come in.

“I’m bummed, but yeah I’ll forgive him,” said Pastor Jim Anderson. “We really don’t know what caused this, it could have been Aleem missing Maghrib prayer, but he might have forgotten to say Bismillah before eating lunch as well, we just can’t be sure.”

Aleem has promised to pray Maghrib on time this Sunday when the Kansas City Chiefs take on the New York Jets at home.

Yahya Ridwan is a staff writer for The Hummus. He can be reached at hello(at)thehummusnews.com