Man Threatening To Marry Second Wife Ends Up With No Wives, New Dog 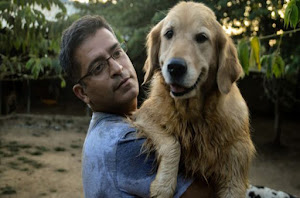 Sources close to Amr Al-Gameedy have confirmed that his threat to marry a second wife during an argument with his wife Lamia Rizq has backfired spectacularly.  According to neighbors, the thirty-five-year-old software engineer was heard making the threat on Thursday evening following a long discussion about whether he could seamlessly switch to a career as a professional chef.

“I could hear him talking about how Alyssa down at the grocery store understood his passion for fine dining and I knew it would go downhill from there,” reported neighbor Randy Burke, adding that he has had Amr’s cooking and considers it “not poisonous.”

Yahya Ridwan is a staff writer for The Hummus. He can be contacted at hello(at)the hummusnews(dot)com