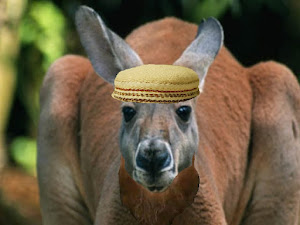 Mehran , who changed his name from Ryan after converting to Islam, first began attending the mosque four months ago after relocating to Fremont from Sydney, Australia for work-related reasons. “I was really excited to meet some chill Muslim brothers and get to know everyone,” said Mehran. “But I slowly realized that I wasn’t fitting in. Everything was written in Farsi, there was a huge generation gap, and I got strange and even terrified looks for not being Afghan.”

Mehran says the experience has put a strain on his efforts to educate his non-Muslim coworkers. “I tried to bring my buddy Rick down from the office to show him how diverse the Muslim community is, but he immediately sensed my own discomfort as the only Australian in an otherwise totally Afghan mosque,” lamented Mehran. “Islam doesn’t distinguish between individuals like this. Black or white, tall or short, pouch or no pouch, we’re all Muslims.”

Members of Little Kabul Mosque that we spoke to expressed interest Mehran’s welfare, but maintained mixed sentiments. “Everything about Mehran screamed Australia,” said Imam Saifullah Maqbool. “That doesn’t mean he’s not welcome here, but he has to understand this mosque has been serving the Afghan community for decades now.”

More conservative members of the mosque expressed concerns over what they consider Mehran’s liberal interpretation of Islam. “I’m not judging him, but I don’t think he slaughters his meat according to Islamic principles,” said a concerned Faran Babur.

Despite his unpleasant experience with the mosque so far, Mehran vows to continue attending in the coming weeks. “I know they’ll stop staring when they get used to my Australian accent,” chuckled Mehran. “Till then, I’ll be working on my Farsi.”

The issue of whether or not Australians or kangaroos are najis (ritually impure) is still pending before Imam Maqbool.

Yahya Ridwan is a staff writer and Pacific Region Correspondent for The Hummus. He can be reached at the.hummus.news@gmail.com