Santa Clara, CA (9:30 P.M. PST)— A local Muslim man was rushed to El Camino Medical Facility tonight following a fatal blow to his ego. Local business owner Mubariz Ali was pronounced “publicly insulted” at the scene of a local Starbucks, as first responders attempted to salvage whatever remained of his jumbled political arguments to no avail. 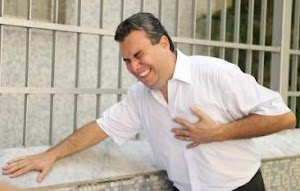 “When we arrived on the scene, it was a mess. He was alone in the corner screaming about a conspiracy that others in the coffee shop were allegedly perpetuating,” stated EMT Laith Thompson. “He had some hand-written documents strewn around him that proved the veracity of his arguments.” Thompson was referring to the hundreds of pages drawn up by Ali, full of symbols, coded languages (to avoid detection), and arrows all culminating with the inescapable conclusion that he was correct about Atlantis, Russia, and the secret Orterian race.

Witnesses of the argument describe the culprits as upper-class middle-aged Arab men with little to no knowledge of what they were discussing either. “I didn’t understand how the Czar of Russia would control the global economy either, but they didn’t have to wound him so severely,” said bystander Annie Vasquez.

Despite the fatal wounds to his ego, Ali is in stable condition and expected to make a full recovery. Doctors are still unsure whether or not he will be able to regain full use of his ego.