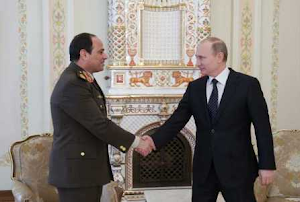 Cairo, Egypt ( 10:00 A.M. GMT)– After a recent ruling by an Egyptian judge to summarily execute 530 people, human rights groups and the United Nations Human Rights Watch are applauding the even-handed approach of the new Egyptian government.

“You know, I was really doubting Egypt’s potential for a minute.” said the Sara O’Connor from Amnesty International, ” But there you have it– evidence that the current regime is holding itself to the highest standards when circumventing procedural and substantive human rights.”

President Obama telephoned the military junta congratulating Egypt on its slow yet sure decline into a truly third-world-status country. At a press conference on the White House lawn, President Obama was seemingly overtaken by emotion as he said “The path was not easy, but it’s encouraging to see the self-appointed Egyptian authority not making the same mistakes of the dictator they removed.”

The President was able to pull himself together briefly to congratulate the new Egyptian government on surpassing Hosni Mubarak’s achievements and setting a new benchmark for the region. “I literally got more creative because of this. Seriously, my brain is more capable of original thoughts because of the Egyptian government,” said a now-stoic Barack Obama.

Russian President Vladimir Putin’s administration released a statement earlier this evening expressing its disappointment in The Egyptian government: “We are very shocked by Egypt’s decision to challenge our role as the top violator of human rights in the Eastern Hemisphere,” read the statement in part. “Despite this transgression, even we know superb work when we see it. Seriously, well-done.”

The Israeli secret service, Mossad, also released a press statement thanking the Egyptian regime for relieving them of their burden. General Tal Ben Aviv told The Hummus “I mean, I can practically take the summer off. It’s great to see a country have so much promise and really fulfill none of it.”

The judiciary’s role in the death sentences did not go without commendation, as bureaucrats’ offices released countless statements praising the “new, slimmer, less bulky” form of due process being afforded to defendants.

Despite the success, this quick and effective judgment has not had a halo effect on the rest of the government as a driver’s license still takes 17 years to process.