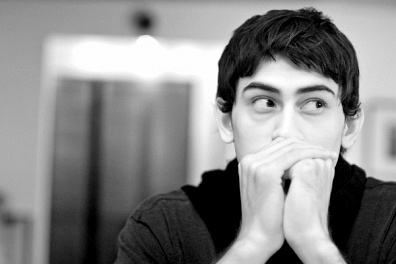 Erickson’s observations were corroborated by Suhail’s disappointed mother Aysha Khan, who reported that Suhail is “thinking of decent explanations for this on the day of judgment” despite there being none. Despite the Gilmore Girls’ phenomenal story-line of a mother and daughter trying to make their way in a chaotic and unforgiving world, the 36 year-old Suhail—who works part-time at a film studio to subsidize his “definitely imminent” career in television broadcast—realizes that he will likely end up in hell for this.

“There are five minutes remaining in the show and six minutes remaining for maghrib. I can do this,” said a clearly delusional Suhail, decked out in a Gilmore Girls t-shirt we had no idea existed. “I can make tayyamum while watching, right?”

Despite his efforts, many in the family believe that Suhail will in fact miss Maghrib. This wouldn’t be the first time a show on the WB derailed Suhail’s plans to not burn in eternal hell fire, according to his mother Aysha. “He had a really odd relationship with the fictional characters from Buffy the Vampire Slayer. And yes, I do realize that show aired in the 90s,” said a sobbing Mrs. Khan. “Why couldn’t he just miss his prayers because of a game of FIFA like the other boys?”

With his decision looming, Suhail has summoned all his religious knowledge to conclude that “God would want me to be there for Lorelai Gilmore’s tragic break-up.”