The conclusion of Egypt’s latest presidential election has brought cheer and hope to approximately a handful of people. The buzz over General Abdel Fattah El-Sisi’s victory has pundits and Egyptian election-watchers wondering who will take the reigns next year when Egypt hosts its third annual Revolution.

We sent our correspondents to Egypt in search of next year’s top candidates. 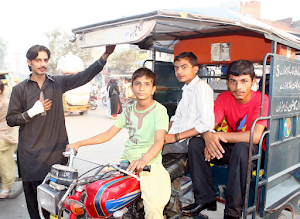 This 8 year-old driving a rickshaw, “Zeemah,” is considered the dark horse of next year’s revolution and subsequent presidential election. His campaign manager,his soccer buddy who referred to himself as “Beeboo,” expressed his full confidence that this random child will be Egypt’s next leader. “His pedigree is as strong as that of recent Egyptian leaders – he can read Arabic words up to 4 letters at a time if all the tashkeel are noted and his mom stands next to him to whisper hints, he doesn’t understand child labor laws, and staunchly defends the sincere truthfulness of WWE Wrestling Shows.” Zeemah believes that his no nonsense approach to the presidency is exactly what Egypt will be looking for after the third revolution in three years. “The children are suffering the most,” he said. “Children in the cities don’t even smoke a pack of cigarettes each day. That’s unacceptable.”

“Reduce the lines at the internet cafes . . . just because Hamza’s dad owns 12 goats doesn’t mean that he should be able to hog a computer for 6 hours just because he can afford it.”

“I think the government is stupid. The solution is easy. Buy more printers and print more money and just hand it out. I don’t know why adults haven’t thought of that before” 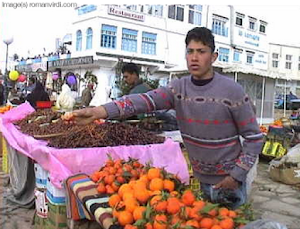 Ahmed Salamah is known around Cairo for his loud gibberish and aggressive fruit-selling practices. His daily routine includes waking up the chickens that live in his house, feeding them, filling his fruit cart, and then trying to sell the fruit to everyone by threatening their safety. Many in Ahmed’s community see these traits as desirable ones for Egypt’s next president. “I’m tired of these guys who won’t roll up their sleeves,” said Ayman Rabee. “Ahmed’s the type of guy who will make sure each family’s goats are fed and that the female ones are fertile.” Analysts predict that Ahmed’s greatest support will come from the urban area surrounding Cairo’s largest open-air market and the local jail. Ahmed’s catalyst for leading a revolution has developed over the years – his numerous complaints to the government to get the vegetable cart vendors to stop calling tomatoes fruit have gone unanswered – “They’re not fruit, this has gone on too long.”

“Selling the rotten cabbage at the bottom of my cart as a delicacy to westerners.”

“Convert our currency to fruit. Mangos will be worth the most because they’re the only fruit you can eat with the skin still on.”

“Javier, from the Central Valley.” 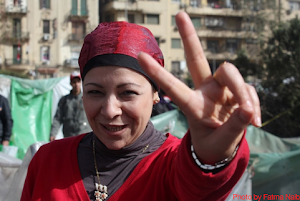 Fatma Beltagy, mother of 3 and part-time fiction critic, rounds out the middle of our list. Fatma spends her days criticizing relationships that don’t actually exist on a show that consistently receives terrible reviews. Her dedication in the face of adversity is what makes her a great candidate for next year’s presidential election. Aside from her unequivocal passive-aggression, Fatma is also the foremost gossiper in her apartment building. Just last week she explained and then solved every single one of Egypt’s problems over the phone with her Lebanese friend. She also has insight into why most women are not good enough for her live-in 30 year old unemployed son, an X-Box Live Cairo Tournament Runner-Up.

“Writing a a scathing review of MBC’s latest dramatic series on her blog, which is visited by her ex-husband daily.”

“My son Mido will mow the lawn for free and help with carrying groceries into the apartment.” 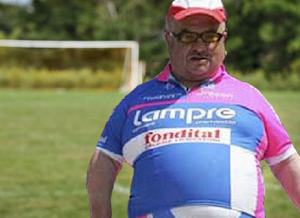 Sayed Zamalik’s campaign is by far the strongest heading into next year’s inevitable revolution and presidential election. Sayed, a well-liked former forward for the Egyptian national soccer team, spends most of his day polishing a ring that he pretends he received for his achievements in sports. His attire consists of track suits from the 1980s and counterfeit sneakers (although he insists that “BADDIDAS” is just a new line of shoes). Sayed is touted as the candidate “most likely to understand the needs of 26 year-old soccer players across the country” according to Egyptian media sources, making him an immediate favorite of 40 year-old fathers living vicariously through their sons across the country. Sayed’s platform includes donuts for everyone.

“Wear my baby-blue track suit over a wife-beater to the coffee shop and slick back my hair with baby oil.”

“Free tickets to watch me play in the Egyptian National Team Alumni Game.” 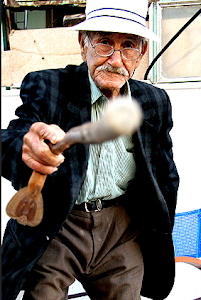 The candidate with the widest margin of support is Magdy Qaab, a 67 year-old man who wears berets to everything and carries a polished stick for no apparent reason. Magdy’s stick is topped with a chrome cobra head, which means he knows how to run the affairs of an entire country. “The snake head means justice somehow,” said supporter Hani Yaser. “How can I trust anyone without a shiny unnecessary walking stick?” Hani echoes the sentiments of a majority of the Egyptian people. Preliminary polls concerning next year’s revolution and hastily-prepared presidential elections show Magdy with a 20% margin over any of the other candidates. Magdy’s campaign manager, Faris, informed us that Magdy will spend the next few months telling fictional stories with weird uncomfortable morals to them to anyone who will listen.

“Coughing loudly into a handkerchief to scare children.”

“Free aspirin for every household.”

Mahmoud Zafir is a staff writer and Egyptian Revolution Correspondent for The Hummus. He can be reached at the.hummus.news@gmail.com.