Washington D.C., USA (7:00 A.M. EST)— In what has been viewed as a controversial move, the Federal Communications Commission has decided to completely deregulate conversations that Arab fathers have among themselves. 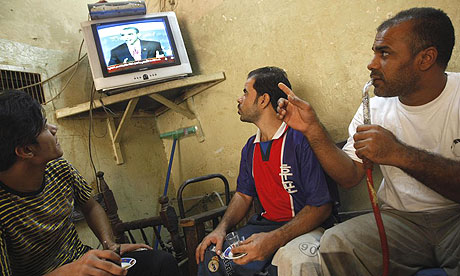 Regulations that will no longer be in effect include:

Experts at Stanford University have predicted that these changes will be detrimental to literally every human being in the United States. “Our charts show that incidents of Arab dads arguing about everything and anything that they have no knowledge of will increase by 300%”, said Professor John Hilberman.

The comprehensive study was conducted by 13 renowned Arab dad conversation experts from 5 different countries, Despite the bleak outlook on civilization’s ability to function properly, experts say there is still a silver lining. “We don’t know why exactly, but our numbers predict a steady increase in coffee and tea sales through at least 2016, creating jobs and substantially boosting the economy”, said Professor Adeline Reyes of Vanderbilt University.

The FCC’s decision has generally been met with disbelief, as regular individuals struggle to make adjustments. “Wait really? Arab dads? Like, you’re sure they said ‘Arab’ and ‘dads’ when they announced this?”, said Jasmine Yahya, sophomore at Dartmouth College. She echoes the sentiments of many of her peers who call the decision “unwise”, “scary”, and “probably actually kind of hilarious.”

Congress has planned an emergency joint session to discuss potential legislation curtailing the effects of the FCC’s decision.