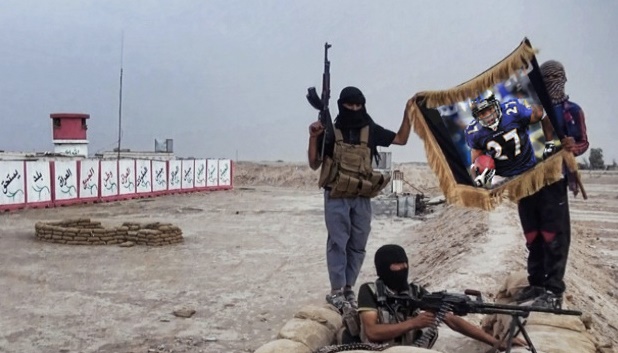 When asked about his biggest roster change, Abu Zalat happily acknowledged the addition of Ray Rice, a player he admires for his willingness to take matters into his own hands.  ”Ray is officially my favorite infidel. I’d love the honor of beheading him myself someday.”

Abu Zalat describes the pick-up as a difficult choice because “I was saving my spot on the waiver wire for when Aaron Hernandez came back.”

Abu Zalat’s Fantasy Football league is competitive, and spots are limited. “Three years ago, my buddy and all-star commissioner Zamar Talha invited me to join the ‘Kaffir Slayers’ league.” Abu Zalat’s tenure in the league has been tumultuous. “I missed the playoffs the first year because I couldn’t get to a computer to set my line-up during the mass execution.”

Despite being eliminated in the first round of playoffs last year, Abu Zalat believes that his players will “step up and commit violent crimes” on his road to the championship.

With the season under way, Abu Zalat is optimistic that his team is primed to destabilize the global community. “I’m sure that with the right strategy and some luck, my team will usher in the day of judgment.”