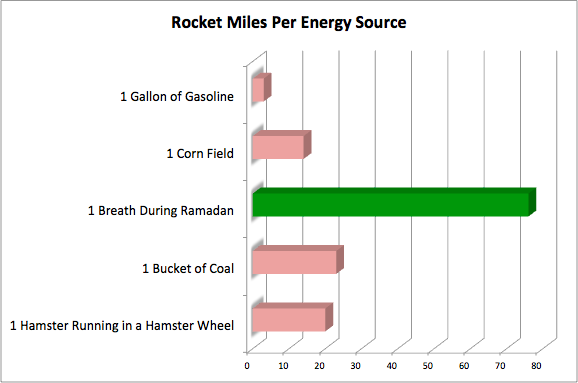 Dearborn, Michigan (8:32 P.M. CST)–As many studies documenting the spiritual, health, and societal benefits of Ramadan fasting and rituals begin to resurface with the arrival of Ramadan, some scientists have turned their attention to other productive uses for Ramadan.

In an unprecedented study performed by researchers at Johns Hopkins University, the hazardous breath of fasting Muslims was tested for possible uses as a renewable energy source.

The study was conducted over the course of three days in a smell-proof room with limited authorization. “We had to review security measures several times before the administration felt comfortable with Ramadan breath testing,” said principal investigator Arnold Ramissi. “If we weren’t shut down by the Borders and Customs Patrol we would have continued for all of Ramadan.”

To the surprise of researchers, the breath of fasting Muslims was not only successful and cost-effective as an energy source, but it is also relatively efficient compared to traditional energy sources. The most terrifying finding in the study was that a single Ramadan breath had the ability to send a rocket into space. 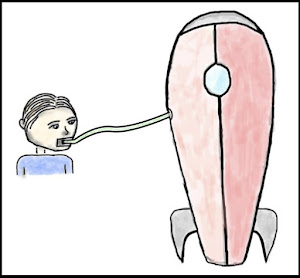 “A single Ramadan breath yielded approximately as much energy as a small nuclear power plant,” said graduate student Norman Galin. “It also has the power to scare away all marriage prospects, according to our figures.”

The Association of Single Muslim Men (ASMM) has officially rebuffed the findings.

Iskander Baydoun is a staff writer and Ramadan News Correspondent for The Hummus.

He can be reached at hello@thehummusnews.com