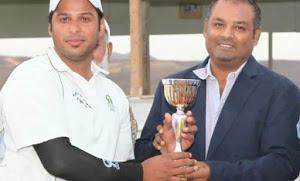 Queens, NY (10:00 AM EST)– Local Muslim Ahmed Fadil is being hailed as an every day hero by the congregants of his local mosque after successfully completing all 20 Rakahs of Taraweeh last night.

Fadil, known primarily for his brash comedy and obsession with mint tea, is considered by most to be an unlikely hero.

“He’s always checking his phone during prayer, so yea I’m pretty shocked. But it’s proof that anyone can make a difference,” said Omar Tayyibi, spokesperson for the Self-declared Judgment of Piety Association (SJPA).

Witnesses say that Fadil stood firmly for the entire two-hour period of time, moving only to piously and heroically fill gaps in the lines. “We saw him standing directly next to Zubair “Curry for Iftaar” Siddiqui for all 20 rakahs. That takes a type of courage we haven’t seen around here in a while,” said Board member Yunus Shaikh. “We’re awarding him the Sajda Medal of Honor, the highest award a civillian without a fist-length beard can be awarded.”

Ahmed’s achievement came under review when the kid who passes out the donation box said he saw him at the snack machine between the 12th and 13th rakah but further review indicated that it was just another Arab guy and not Ahmed.

For all the praise he’s received, Fadil says he was just doing what anyone else would have done.

“Did I have to stand next to Zubair all night? Yes. Did he wear the same socks four nights in a row? Yes. Did I risk my slippers being stolen? Yes. But that doesn’t make me a hero.”

Yahya Ridwan is a staff writer and Ramadan News Correspondent for The Hummus.

He can be contacted at the.hummus.news@gmail.com