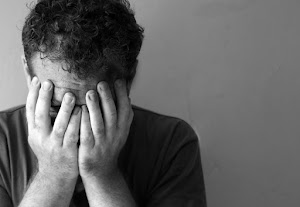 Redmond, WA (11:30 A.M. PST) — Microsoft, Inc. announced this morning the launch of a new app developed at the request of Muslim parents who desire to compare their children to fictional over-achieving children. In today’s announcement, developers  explained that the new app was created “to boost confidence and improve morale” as well as “minimize the rather decent achievements of frustrated Muslim children.”

The app, named “Why Can’t You Be More Like,” features a simple interface with no instructions, so as to minimize confusion and promote a proper level of agitation prior to using the app. Its most popular option, the “compare now” feature, fabricates a profile with the name of a fictional child with whom your child can be mercilessly compared to. “We’ve calibrated the app so that the fictional child’s achievements will always outweigh those of the parent’s child. We also included a list of suggested ‘motivational statements’ to be delivered immediately after the child is informed of their inferiority,” said developer Rehan Kashif.

A distressed mother explains, “Ahmed got an A- in Calculus, but Fadila’s completely fabricated son Khaled got an A.” She uses the app to send push notifications to her son’s cell phone every 7 minutes, with the suggested motivational statements feature, including “Khaled has better grades than you. No football team for you.” and “Calculus is so easy, why can’t you get an A like Khaled. You’re going to be homeless” She adds, “I have to remind Ahmed many times a day that Khaled is better than he is. It’s the only way to ensure that he’s constantly hearing voices in his head.”

The app’s additional “gloat” feature was designed to compliment the ”comparison feature” by allowing all thirteen satisfied parents in the nation to push unsolicited notifications to their entire contact list, ranging from “Yanis qualified for the Northern-California Arab Junior Soccer League Champion’s Match, I hope Zayn is finally passing his English class. Tea soon?” to “Amira earned first place at her piano recital today. When will Asma get back from rehab?” Recipients may dismiss the notification or choose to ”challenge” the sender in a perpetual vehement chirp-off.

Analysts predict that the new app will foster a sense of community, increase overall parental joyfulness, and single-handedly eliminate every reason for Muslim children to care about literally everything.

“We know how important it is for parents to see other children succeed more than their own,” explains spokesperson Janelle McDonnell, “we are confident that this app will boost the psychiatry and mental health industries in the coming decades.”