Local Man Will Allow Muslim Neighbor To Continue Being Muslim

Oklahoma City, Oklahoma (1:00 P.M. CST)— After much consideration, local man Eric Ralston announced on his blog this afternoon that he will allow his Muslim neighbor, Ahmed Mahboub, to continue practicing the religion of Islam. 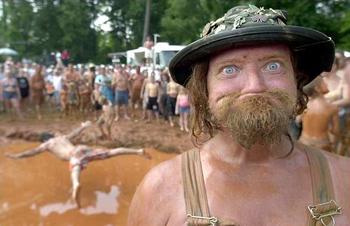 According to Hill Valley Residence sources, Ralston made the announcement on his blog eric.cool.1989@blogger.com, visited monthly by approximately 14 of his relatives. The decision came as a shock to Eric’s 67 year-old mother Gertrude Ralston, who commented that “I don’t know Er-bear, is it safe? What if he has one of those sharia things with him?” Her concerns were echoed by “Uncle Rick” who commented that “Them is aren’t part of yoU Erikk, dun you no better? They’s gonne hurt u. Illuminati.”

Despite these valid concerns, Eric explained in a reply post that Mahboub “noes whose boss,” citing it as the main counterbalance that tipped him in favor of allowing Mahboub to continue doing what he was already allowed to do.

Eric says he’s not a civil rights hero, but rather that his generosity seemed like the natural next step in a long line of progressive decisions. “Two weeks ago I continued to allow the government to collect taxes. Uncle Rick, Pappi, and Big Sam were outraged about that too, but that’s the price you pay for freedom.”