Los Angeles, CA (7:30 P.M. PST)— Abbasi family sources confirmed this evening that father and family patriarch Saleem Abbasi stood up, removed a few pillow cushions, and located the television remote on his own this evening just prior to the start of Jeopardy without bringing forth the Day Of Judgment. 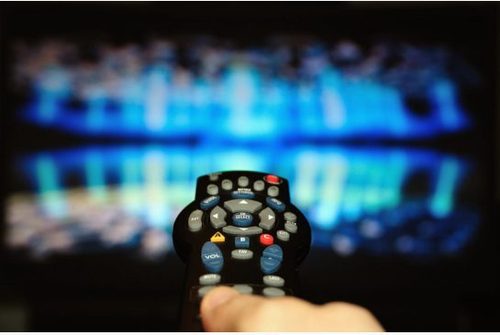 “Well, I knew it was about time to tune into Jeopardy, but I didn’t hear my name being screamed across the house. Something didn’t seem right”, said Hamza, Saleem’s oldest son. “As soon as I had realized what happened, I made a few duaas for God to spare us for my father’s transgression against nature.” Saleem’s children explained that they were shocked as to why their father made the slightest effort to locate an object he probably misplaced to begin with.

Local seismologists confirmed that Saleem’s unwise decision to allow his children to continue important tasks uninterrupted resulted in minor seismic activity. “The graph indicates that Mr. Abbasi’s slight effort after barely settling into the couch resulted in what is referred to as a minor shock. It’s certainly a miracle that we’re all still here”, said Dr. Hubert Broyles of the Caltech Seismology Lab. “We haven’t ruled out the possibility of aftershocks.”

The Abbasi family children must now struggle to move forward knowing that at any given moment, they might remain uninterrupted for a significant amount of time at home.