Karachi, Pakistan (10:30 A.M. GMT)— Pakistan’s Ministry of Planning and Development has come under fire for its recent and controversial decision to end government subsidization of common household demon-repellent. The move comes at a time when demon-related disturbances are on the rise, according to analysts, shocking the nation as it struggles to cope with purchasing their own repellent at market value from neighboring Afghanistan and India. 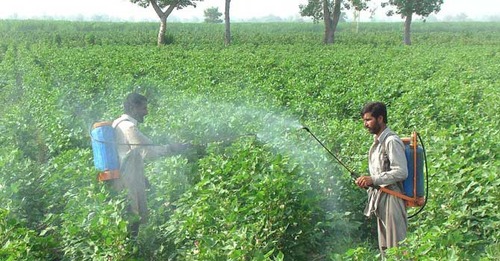 The P&E Minister, Mamun Ismail, met with reporters this morning, explaining the reason for such a risky move during an election year. “Making demon-repellent available isn’t a sustainable method of combating demon-lawlessness. Soothsayers estimate that demon-related crime will increase by 54% percent within the next 4 years”, stated Ismail at the first of what is sure to be many press conferences in Karachi regarding this issue.

Residents of Karachi explain that they feel less safe in their homes, while also having renewed doubts about the wisdom of the current administration. “First they did away with the Pakola subsidies, and I tolerated it. I figured they had to cut costs somehow. But the demon-subsidies? What do they think keeps our livestock from getting carried into the woods every night?”, remarked local cafe owner Yunus Safdar. “I haven’t had Pakola in, like, 5 months now.”

Despite feeling exposed, residents trust the government’s decision, calling it “probably not as bad as the last decision they made.” The money saved by the termination of the subsidy program will go into a discretionary spending account, where it will likely be spent on beryani and curry research.