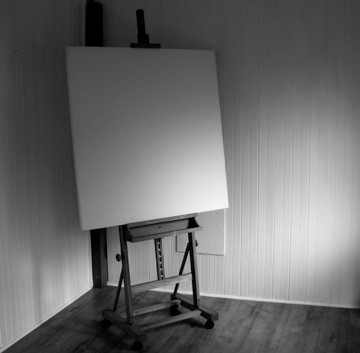 The curator of the event, Shaykh Tawfiq Khojja, has confirmed that the event will feature a full line of 15 completely blank canvases of varying lengths and widths that no one will be permitted to view. “The canvases were designed by approximately 200 anonymous textile workers without any expressive intent”, said Khojja.

Conservative voices have launched an online campaign against the exhibit, calling it an “abomination and defilement” of the absolutely blank canvases. “For the first time ever in Khobar people will walk into the Grand Auditorium to witness something other than state-enforced re-education programs. This isn’t hipsterville Jeddah” added Ibrahim Fahd, founder of the Mainstream Citizens Against The Arts, the foremost leader in Anti-art activism.

Despite the controversy, Khojja says the exhibit will go on as planned.