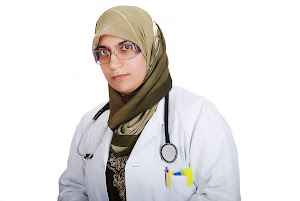 Seattle, WA (9:00 P.M. PST)– Sawsan Majeed, mother of 21-year-old Ahmed Majeed, confirmed this morning that Ahmed’s cold from last night was a direct result of him enjoying time with his friends for the third night in a row.

Mrs. Majeed’s 436-page report detailed the cause of the cold, steps to avoid it, and several essential ingredients that every self-respecting cook should keep handy in the kitchen. According to the unverified facts of the report, Ahmed doesn’t really love his mother, causing God to become angry with him.

The report goes on to conclude that after the third night of conversing with his friends at a local coffee shop, “the guilt of abandoning his mother overcame him, causing the cold.”

Mrs. Majeed’s research confirms the results of another study conducted by Nabeel Khan’s mother, Fatima Khan, two weeks ago. Citing her strong motherly intuition, Fatima was able to sort through other variables—the fact that Nabeel’s family all recently caught a cold and that she had drenched him with a bucket of water for coming home a few seconds past curfew—to arrive at the scientifically sound conclusion that spending a moderate amount of time with his friends caused the cold.

Mrs. Majeed’s report contains a comprehensive list of recommendations for avoiding the cold in the future. Other than limiting time with his friends, the report recommends that Ahmed “not wait for special occasions to spend time with his mother” and “clean his room without being told.”

Ahmed later confirmed that nothing even makes sense anymore.