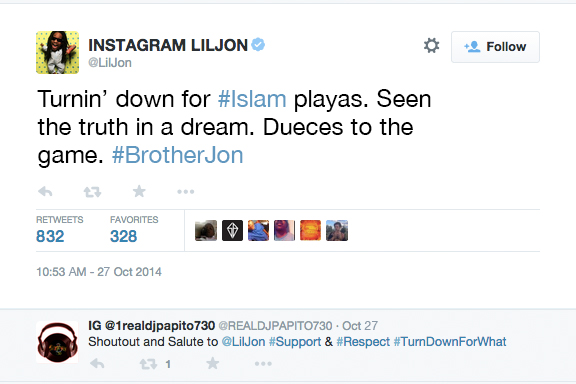 In a later tweet, the rapper indicated that he would be going by “Brother Jon” from now on, calling it “the name my spirit chose, yeayah!” Reactions to the announcement have been mixed, but largely supportive. Most of his followers offered words of encouragement and thanks for a long career.

Since the announcement, the hashtag #TurnDownForIslam–which was first used by Brother John–has been trending on Twitter.

Yahya Ridwan is a staff writer for The Hummus. He can be reached at hello(at)thehummusnews.com