Carlsbad, CA (8:00 P.M. PST)– Local authorities confirmed this evening that alleged abduction victim Selma Bint-Mourad is “unsurprisingly alive and well”  after the 23-year-old was once again reported missing at approximately 6:34 P.M. PST by her father Mourad Anwar when 38 attempts to reach her within a five minute time-span failed. 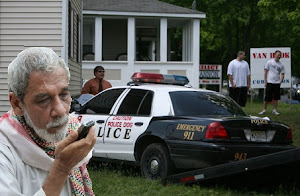 Witnesses say Bint-Mourad was seen exiting her home at 6:29 P.M. PST, donning a blue cardigan and black jeans on her way to the grocery store. Her demeanor was described as “vulnerable to everything” by her mother Fadila Habiba, who expressed concerns about her daughter’s recent behavior. “She is always using the Instant Gram, the Pinning Interest and the Facebook,” she explained, “so how come when we call her, she doesn’t ignore all other responsibilities and answer? The only explanation is kidnap.”

Anwar, who is described by neighbors as a “verbose tea expert” pleaded with authorities for several minutes when progress was not made to find his daughter within the first 10 minutes of her departure.” I don’t have money for the burial,” cried the 57-year-old man, whose son Gamal was unable to assist in the search due to being on a week long ski trip with his college friends and their parole officers at an undisclosed location.

Anwar could not comment further on his son’s whereabouts, whose only form of communication with his family is Facebook check-ins at various national eateries. “Gamal once scared us by remaining at home and reporting his activities for an entire week. We don’t want our son stunting his own social growth,” remarked Anwar.

Bint-Mourad was reunited with her family at 6:50 P.M. PST, after her car was spotted in the driveway— a full 21 minutes after her initial disappearance. The absence of visible scars on the young woman’s face and hands puzzled her concerned parents, whose worried expressions did not fade. “We’re just lucky the kidnappers let her go again. She has been released by various murderers and kidnappers throughout her entire life, all within minutes of leaving the house.”

Layla Sabry is a staff writer for The Hummus. She can be contacted at the.hummus.news@gmail.com