Cairo, Egypt (10:00 P.M. GMT)— Egypt took another step toward democracy this evening with the announcement of a progressive and unified government, operated exclusively by a single un-elected representative of the people. 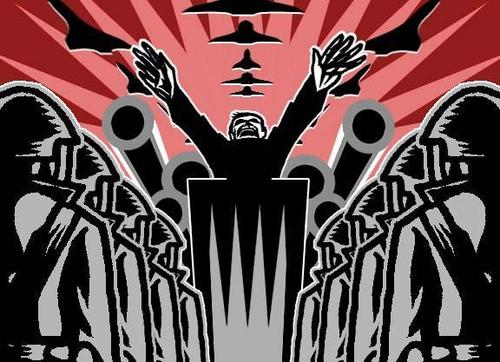 The move has been welcomed across the region because the word “democracy” was used in the announcement, which means its good. The new system simplifies what would have otherwise been a cumbersome system of checks and balances, facilitating debate, discussion, and disagreement to reach a calculated compromise. “This way Egypt will make quick wise decisions without the obstructive process of understanding the consequences and remaining accountable at all times,” said local man Hani Fadil. “In the past, we’ve been crippled by the full expression of ideas and strategies at our disposal. I’m glad its over.”

The representative, referred to as “Terrorism Stopper”  or, alternatively, “Father of Truth” will remain an un-elected position held by an all-powerful yet merciful and wise overlord, in the words of Lieutenant Nasir Basset “until there is no longer a need for democracy. So basically forever.”

Dr. Zayd Kamel, a political scientist at Alexandria University and soon-to-be baptized “Son of Truth,” explained the benefit of this novel structure. “If you look at this graph over here, you’ll notice that disagreement on almost every political, economic, religious, and social issue completely disappears.”

The new government structure was met with full support by the thirteen individuals still allowed to comment on the situation.