Al-Qa’im, Iraq (17:32 GMT)— Sources confirmed this morning that local bad kid and well-known bully Ahmed Gabir has been appointed to lead in the building of a Sandcastle at the Al-Qa’im Suburban Municipal Park by the National Interim Sandcastle Authority (NISA). 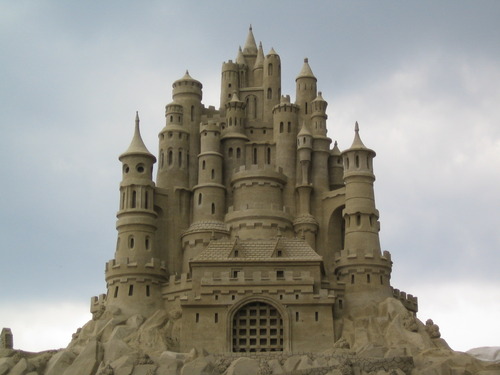 The 9-year old minister was selected from a pool of ten candidates, all of whom had been previously appointed to build sandcastles and Lego houses by the now-defunct Supreme Sandcastle Authority (SSA).

Citing “sandcastle techniques detrimental to freedom” and “undermining the Authority of NISA” as reasons for their actions, NISA has decided to indefinitely detain the nine boys not selected for the project.

“We don’t like when we have to do this”, said Abdu Farajjah, spokesman for NISA. “This was the peoples’ decision, not ours. Our hands are tied. Glory be to young Gabir, lord of the sands.”

Gabir will head up a 12-person committee responsible for the design, construction, and maintenance of the future Sandcastle.
“I’m looking forward to the project. There is promise of great synergy within this committee.”, Gabir said, referring to the 12 juvenile delinquents he has referred to the open positions. “When we’re done, we will ensure the protection of the benevolent and honorable NISA.”