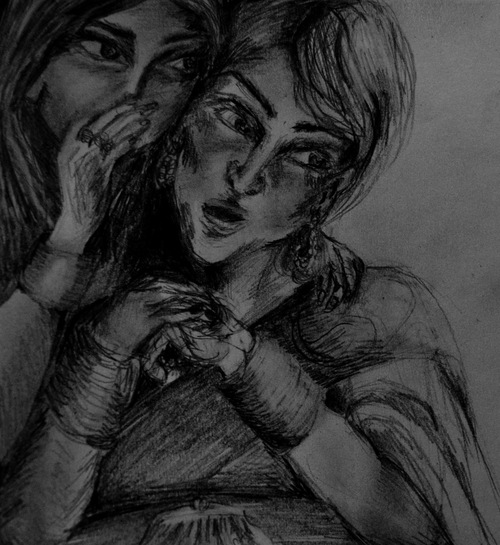 Early sources confirmed that the shaadi had indeed taken place without any curses or spells taking effect. Pakistani mothers from all regions flocked to impromtu dawats and gatherings as they struggled to capitalize on the news that they actually totally went through with it and somehow it hasn’t yet caused a public scandal. One mother we spoke to described the moments leading up to the news. “I was watching a re-run of Humsafar, the one where Sara totally humiliates Khirad, and then my phone rang. Nothing could have prepared me for what I heard next,” said Faiza Rahman, immediately before conjuring spirits to protect her daughter, Anita, from Rabia’s fate. 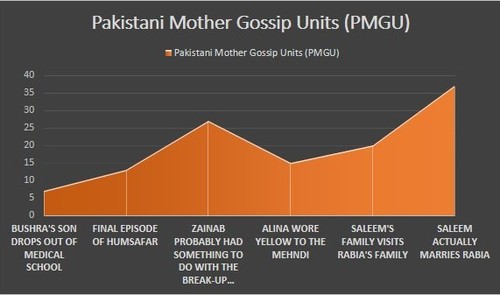 Dr. Asim Shaikh, lead researcher for the Karachi Institute’s Gossip Studies Lab, explained his findings. “It’s phenomenal. We haven’t heard this much gossip being reported since the infamous 1988 ‘Mariam stopped speaking to her father and behaves like a hoodlum’ incident. It looks like the gossip market is finally rebounding.”

The implications of such a dynamic shift are unclear, according to chief gossip analyst at the Institute, Sonia Khan. “This could very well mean the obsolescence of television dramas for the next four months, as the union of Rabia and Saleem, being referred to popularly as The Raleem Incident, provides a plethora of half-truths, stereotypes, speculation, and unfounded theories for Pakistani mothers to indulge in everywhere.”

Tabloid magazines have already seen a dip in sales this morning as the news of Raleem’s fictitious out of wed-lock baby has replaced other fictional events. Khan explained that although  the news was fascinating, it could also be dangerous to the media and tabloid industry. “At this point, we’re fortunate they don’t know how to use Twitter. The entertainment industry would not survive a mass exodus from the market into direct peer-to-peer gossip.”